Just before Duke passed away, a website called "Crusade Against Equine Colic" published my story about him and our successful attempt at saving his life just four years ago. Read the story about Duke's intestinal by-pass surgery and his remarkable recovery! Click on the title of this blog to go directly to the story!
Posted by Cedar Knoll Farm No comments:

Of Mice and Men 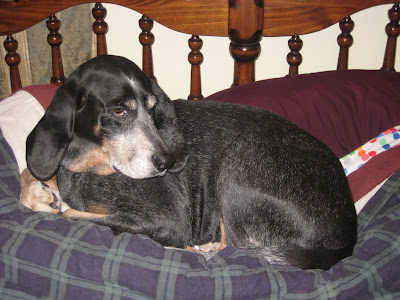 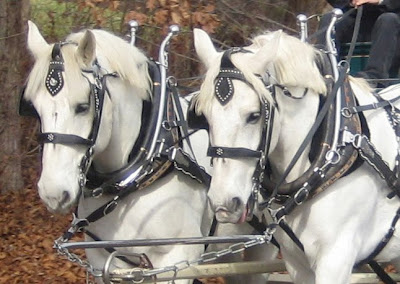 I look at my most recent post here, and I marvel at the fact that I last communicated with all of you on February 24th - more than a month ago. It is with good reason I suppose, that I have been so quiet. Naturally, we just find ourselves overly busy. Find ourselves with new developments needing to be contended with. And find ourselves mourning for losing what matters to us.
Yes, I said "mourning". For although it is a known fact that a farmer's life is full of hard work, trials and tribulations, it is also a fact that we are confronted with the Earth's cycle of seasons, death and rebirth, on a very regular basis. Our little farm in the "quiet corner" of Connecticut, however, seems to have been hit hard lately. No matter how "natural" it is to lose the life of an animal on the farm, it doesn't make it any easier for us.
Two weeks ago, while preparing for the St. Patrick's Day Parade in Hartford, we lost Duke. For want of Duke, we have also lost our best (and most famous) team, Duke & Diesel. Coming out at 5:00 AM to feed and harness horses, Duke was standing in the paddock, looking out at me, that forelock over his big brown eyes, that perpetual expression of playfulness on his face. I went into the barn to feed the parade team and throw down hay for the others outside, and when I came back out, Duke was flat out, Danny & Dakota pawing over him and nipping at him to get up again. Fearing the worst, I ran to him - I knew it wasn't colic. He was rolling his lip in pain, shaking with his legs stiff and unbendable, unable to raise his head or sit up. Terry was called out in Ohio, then friends Linda and Ed, then the vet (all within minutes of each other). Linda and Ed raced to my side, and the vet was there shortly after. The prognosis? A broken forearm. We now theorize that he was kicked by either Danny or Dakota, particularly gruff pasture-mates. Amongst much sobbing and wailing, with Terry racing home from Ohio and me with Duke's head in my arms, the vet put him down. And in the words of the very wise and wonderful Forest Gump, "That's all I have to say about that".
Flash forward two weeks almost to the hour, and our beloved nine year old coon hound, Penny, was also put down. Unlike Duke's sudden disappearance from our lives, Penny's passing was being anticipated for nearly two months now. A tumor on her gum line quickly grew into a festering, oozing, cantankerous mass that began to hinder her breathing . When the tumor began pushing through her upper palette, and the ooze became blood, we knew it was time to say good bye. For those of you who may wonder why we simply didn't have it removed when it was first discovered, it was because the surgeon's prognosis was that the cancer had spread to the nasal cavity, and likely to her lungs and liver. Because the surgery would set us back by $3000.00 or more, and she would very likely have to go through chemo therapy as well, we decided it was not the responsible alternative to just letting her live with us as long, and as happily, as possible under the circumstances. Terry, too upset at having lost Duke and now "his" dog, Penny, said his tearful goodbye and he reluctantly allowed me to take her to the vet. I brought her home in a box, and we buried her together.
So, why title this particular blog entry Of Mice and Men? Watching Terry as he wiped his tears with Penny's pendulous ears, her tail wagging and a look in her eye that said, "no matter what, I love you", immediately took me back to a passage in John Steinbeck's novel. How can we not acknowledge the regret of the aging ranch hand for relinquishing his old dog to another, to be "put out of his misery", instead of lovingly doing it himself? How can we not understand the heartache of both doing the deed, and relinquishing the responsibility of it to a stranger? We make choices in life, to love, to nourish, and to do the right thing, no matter how hard the "right thing" may be on us. I can only hope this isn't a "foreshadowing" of things to come for us at Cedar Knoll Farm, as this passage foreshadowed other events in Steinbeck's novel. I hope instead that it is just a poetic parallel to art imitating life, and vice-versa.
Photos: Top: Penny
Bottom: Duke (left) and Diesel
Posted by Cedar Knoll Farm 3 comments: